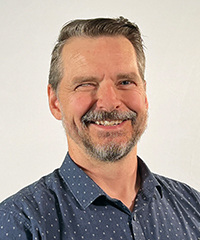 What I do at the church

After handing over the leadership reins to Pastor Brent, we've been talking A LOT about how I can best support him and what I should be doing. Currently, I give oversight to  Right Hand Support, Adult Ministries and all our Support Staff at the church. I also spend a lot of time in the community building partnerships with like-minded service groups.

How long have I worked at Cochrane Alliance?

A little about my family

As we've built our life together, my wife Rebecca and I have collected many cool things: three wonderful adult daughters named Ali, Beth & Dora, a bernese mountain dog named Bob, an SUV named Dorothy, and a trailer named Tow-tow.

One thing most people don't know about me

I have a nerdy man-crush on Dr. Tim Mackie.

A few of my favourite things