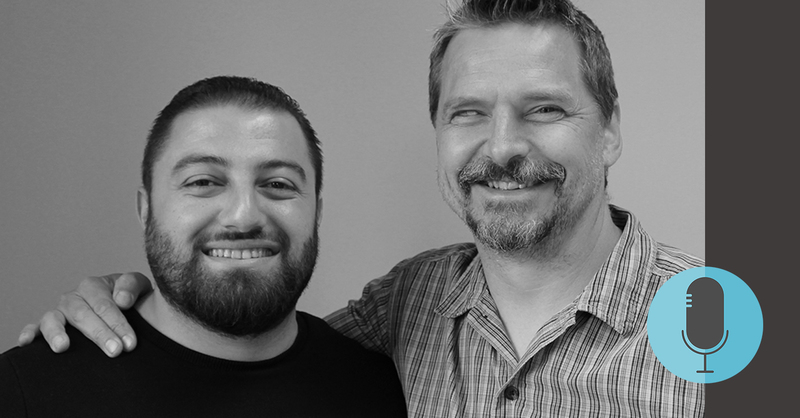 It's been a little over 5 months since Kinan Farah arrived at our fair town. Here is an update on how things were going for my new friend:

The summer has settled into a routine that keeps Kinan productive. Five days a week he commutes to Columbia College for English training. (He's currently between levels 6 & 7 out of 8.) On evenings and weekends he picks up as many shifts as he can at Starbucks. Maybe he's made you a latte!  While he enjoys the people he works with there, and it's great practice for English, Kinan also is eager to get working in his field of civil engineering. If you know of any connections or opportunities in this field please let me know.

A few months ago, Kinan told me the story of how hard it has been to be separated from the love of his life who still lives in Damascus. Although he and his sweetheart have been engaged for years, Kinan was unable to get married while waiting in Erbil, Iraq for his refugee application to Canada to be processed. (You can hear more about the application process in an interview he gave here.)
We've learned that the most expedient way to reunite the couple is for Kinan to return to Damascus and get married. However Kinan must do this before his student exemption from military service expires in October. It was a small miracle that he was able to get a new passport in a matter of days, and now he's able to book flights. So, you are invited to help give this love story a happy ending! Thanks to a few generous people, we've been able to get him a ticket to Syria, but not a return ticket yet! To make a non-receipt-able contribution to Kinan's wedding trip please email me by clicking here.

Private sponsorships in Canada involve a financial commitment to provide up to one year of living support. Thanks to the generous donations of many of you we are able to provide this while Kinan get's settled and find's sustainable employment. While most of the obligations are covered, we still need to raise approximately $3000 between now and December to be completely covered. To make a receipt-able donation to the sponsorship please click here or contact the church office (403) 932-6100.
Many thanks,
Mike

Feb 28
Ruined for the Ordinary